2017 has been quite a busy year for the German based carmaker Audi preparing and launching lots of new models and promising to deliver the best technology and high-performance powertrains. And while the all-new Audi A7 and its entire fleet (the high-performance Sportback included) is getting ready to arrive in dealerships early next year, we still get to enjoy the previous A7 in impressive tuning programs and standout projects.

Recently, the standard A7 Sportback has been transformed into a real beast, the model getting a nice make-over from Japanese based tuner Liberty Walk. It basically involves a bagging treatment.

You are probably acquainted with the tuner`s outstanding project carried out on other hot models and supercars in the world, so you should expect rather the same usual stuff fitted on the Audi A7 as well. By the way, the tuner also fancy the S7, which can be had with the aero package, too.

The usual stuff refers to bespoke pieces at the front apron, with new side skirts, rear diffuser, adding as well flared fenders or ducktail bootlid spoiler.

The best part is that the tuner has also released the prices for these magnificent parts. Built from Fiberglass Reinforced Plastic, or simply known as FRP, the kit comes is prices at least $9,000, but you can also add new mechanics, like LB`s air suspension, for which you are going to spend another $7,900.

As for the much more potent Audi S7, this one is also set to come with rather the same styling bits, also made from FRP, but as we have recently found out, this particular version can also be had with a nice power boost under the hood. We will keep you posted in case of fresh news!

Meanwhile, enjoy the couple of photos we have with the Audi A7 by Liberty Walk tuning company! 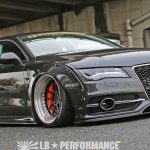 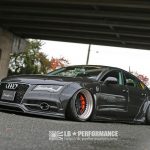 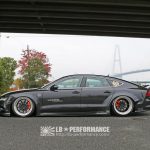 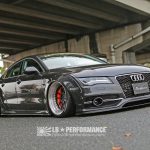 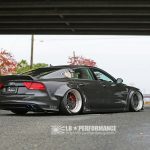 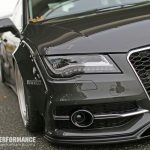 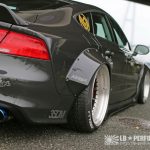