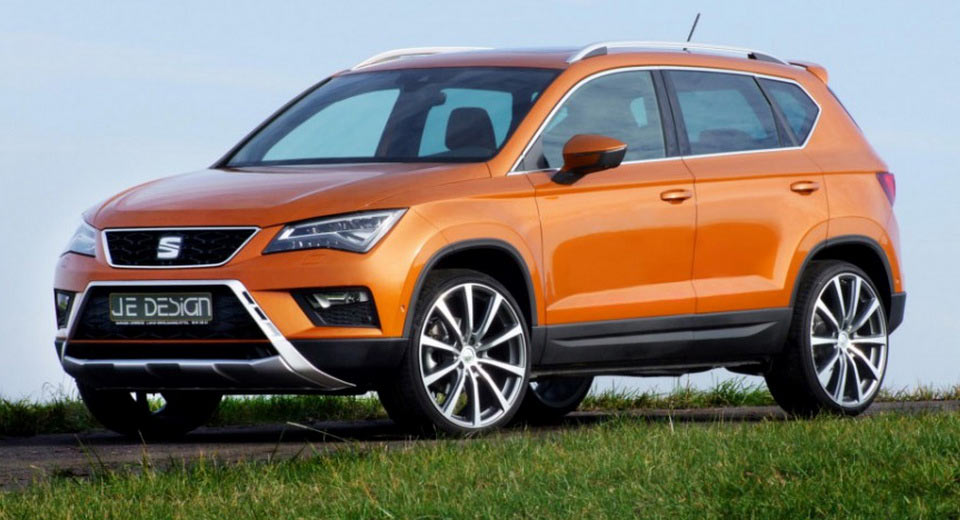 Last year`s unveiled Seat Ateca is considered one the new kids on the block in the SUV market, the model also receiving special attention from the tuning world, now being available with tuning projects from JE Design aftermarket shop.

It is well-known that the German folks from JE Design carry out exclusive aero packages and performance upgrades for plenty of models within the Volkswagen Group. Now we have the chance to see an Ateca SUV with some new tweaks under the hood and fresh updates at the exterior.

In the engine department, the model has been upgraded with a new power kit, which raises the Ateca`s power up to 210 horsepower and 450 Nm of torque, quite good from the standard 190 horsepower and 400 Nm of torque. The power kit comes as well with a two-year warranty, including the transmission and entire drivetrain. You can find out more about the JE Design`s tuning program in the short media gallery below.

As for the visual aesthetics, the exterior of the model has been also improved. In case you want it to make it more interesting from a styling point of view, you can dress up the Ateca with new protective strip on the bumper, tailgate mounted rear spoiler, or side strakes on the rear window.

The rear end can be also equipped with two tailpipes, with either an 80- or a 90 mm choice, available for all diesel versions with power between 150 HP and 190 HP.

In order to make it look more aggressive, there is also the new set of lowering springs, which lower the car`s ride height by 30 mm, along with custom dampers and the new 20-inch alloy wheels, finished in matte black. In case you want something fancier, then you can also choose the 21-inch in matte black or graphite front polished.

More details with the gorgeous Seat Ateca SUV by JE Desing can be seen in the small media gallery below! Enjoy and stay tuned with our latest posts on cars tuning! 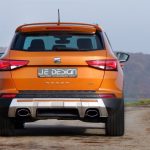 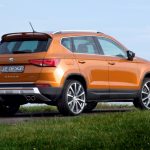 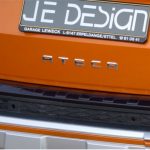 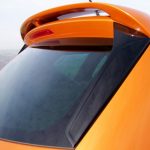 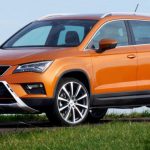