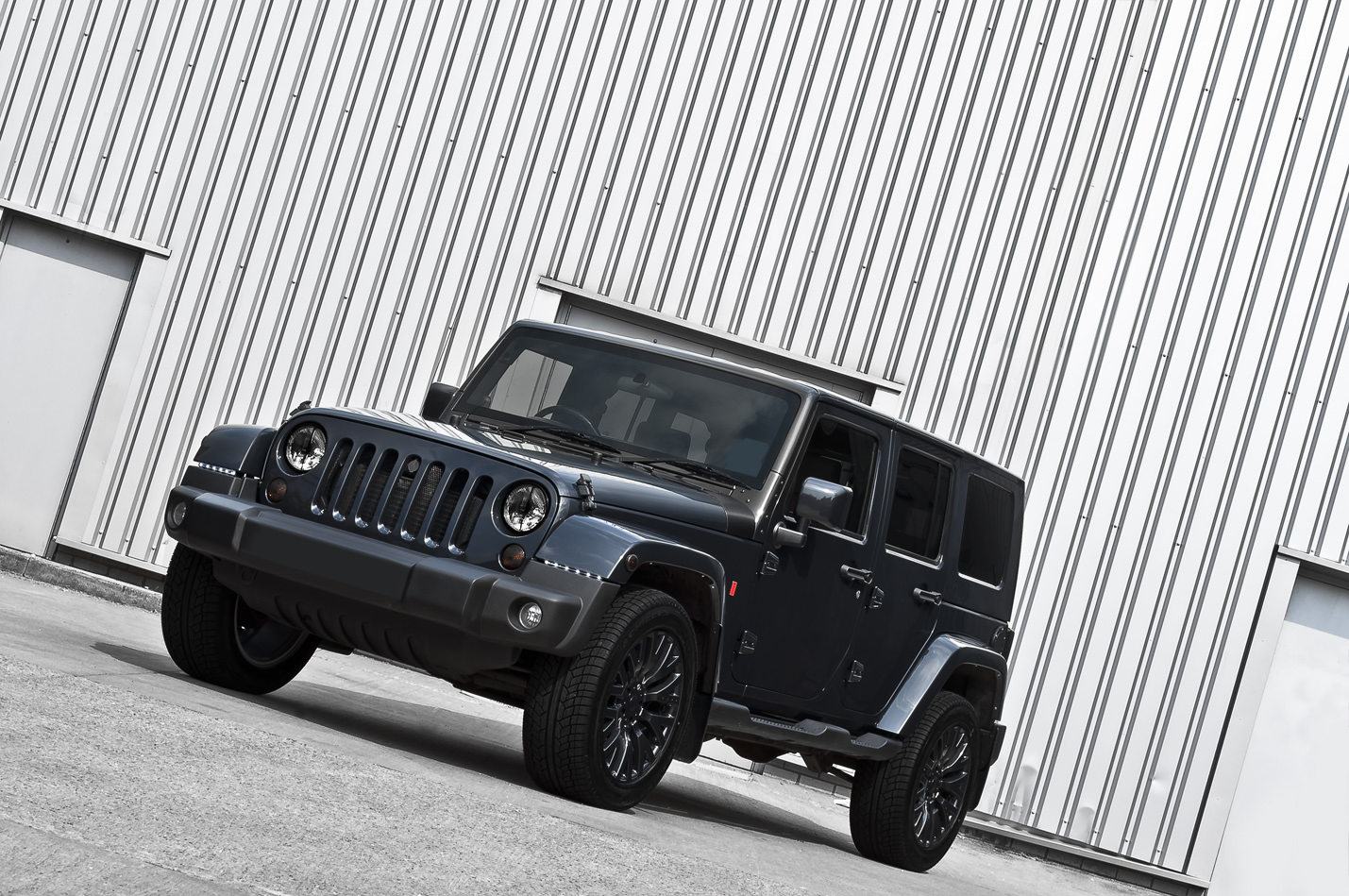 Tuning is the sort of business that merely picks up stuff that had been recently built or properly polished off and then upgrades them.

They then wen’t on to tweak it in their unmistakable style, but the first effort is what really amazed us all, the rebuild.

We don’t know of any actual issues existing on it before but we do know the Jeep Wrangler in question had more than 75.000 miles on the clock before hitting the shop.

Once it had crossed the Project Kahn garage step, things really took off. The obligatory Kahn RS 20 inch alloy wheels went on. 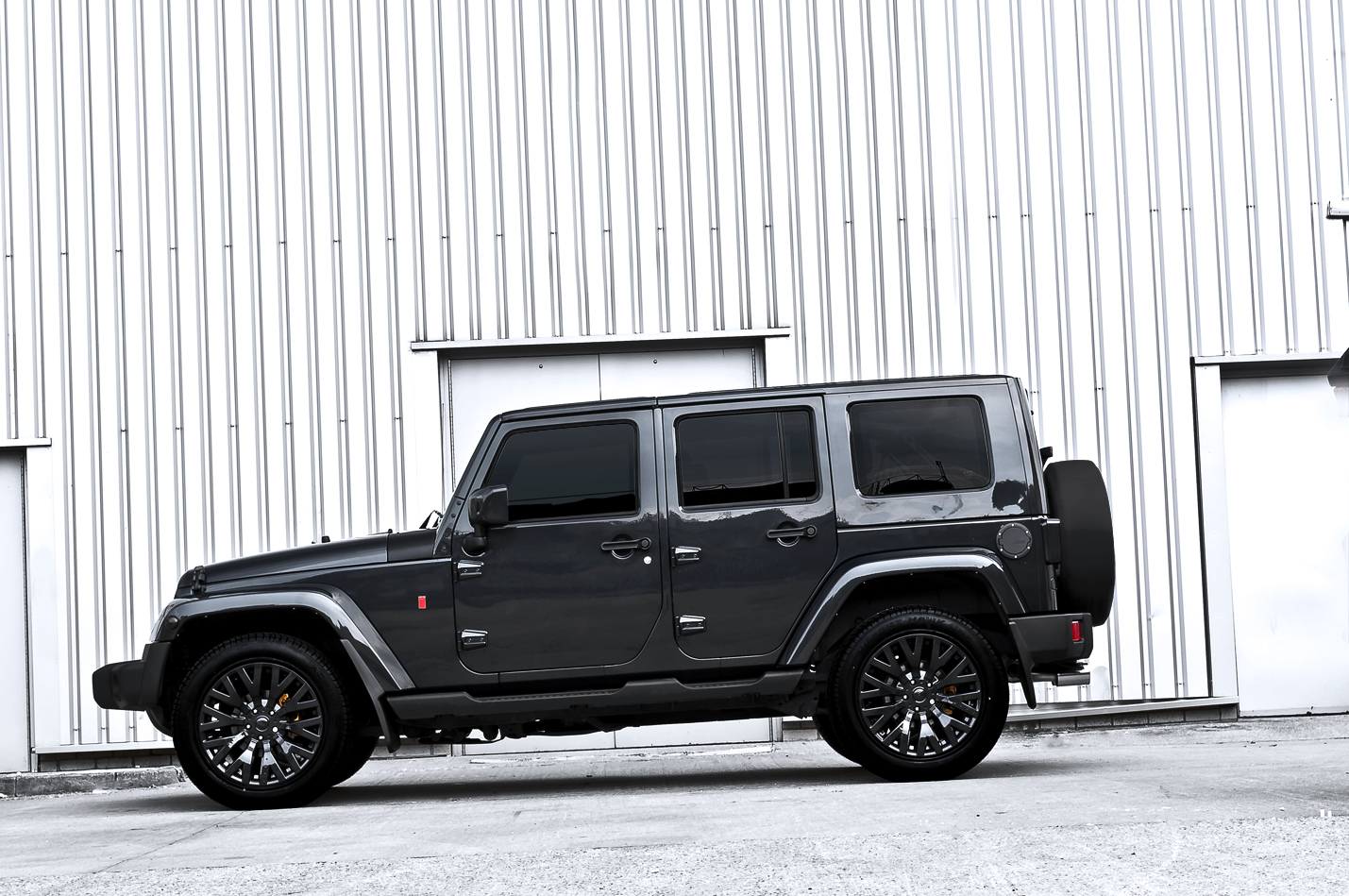 They were painted black which likely gave them the idea to “murder out” the rest of the design on the Wrangler. That’s why the windows are tinted and just about all of the lights are tricky to spot.

It’s also why the paint job is a shade of gloss away from the material they use to coat stealth fighters with.

LED daytime running lights go on and, together with the gold finished calipers, they’re the only touch of lightening up on the Kahn Wrangler. 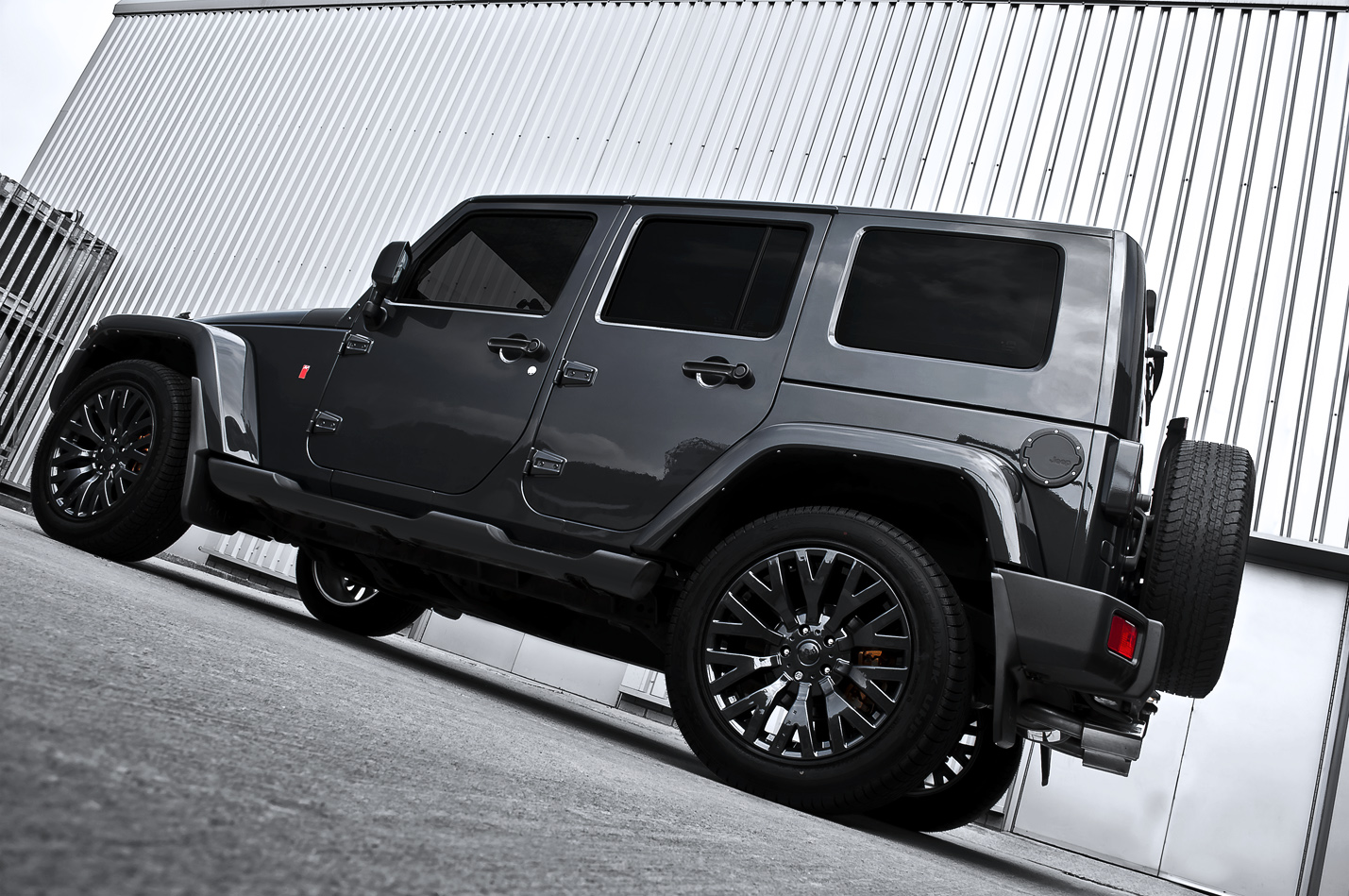 They make a big fuss over the meshed front grill and the rear spare wheel cover but truth be told you always thought those should be fitted from the factory.

The only thing people are likely to notice about this particular Jeep Wrangler is that it comes with a newly designed quad exhaust system.