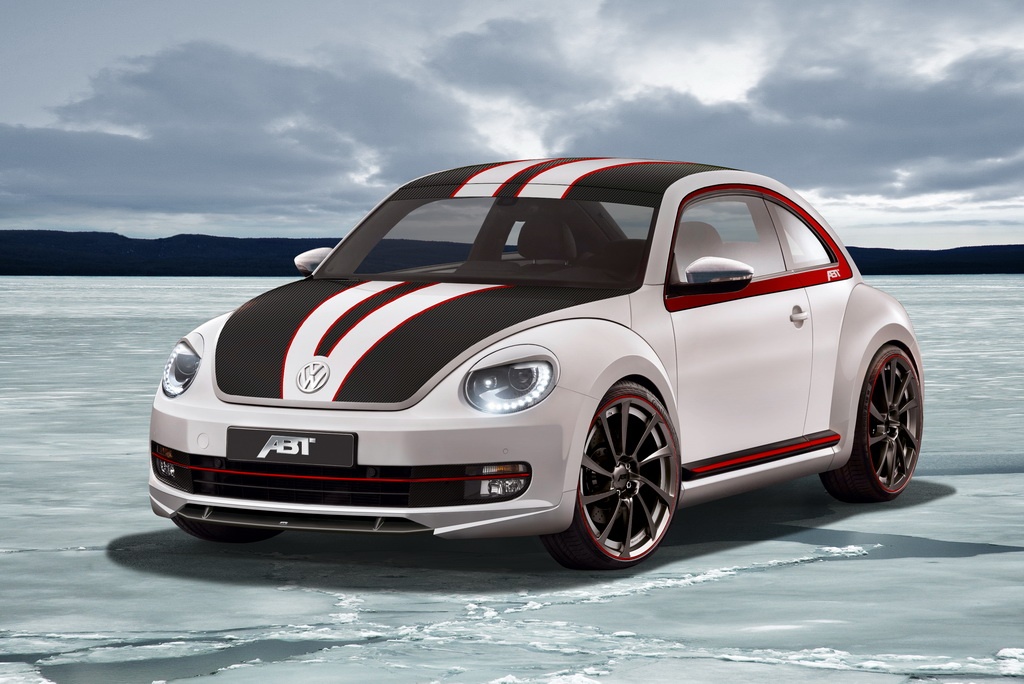 ABT Spotsline have finally gotten round to sorting out the VW Group models they’ve been promising ever since the Geneva Motor Show.

The most important of the lot is definitely the newest version of the Volkswagen Beetle, the 2012 model year one.

I’m not a very big fan of the styling but I can appreciate the rather purposeful look the unusual hatchback gets.

The white base, the black tones and the red pin-striping makes for a bit of a warrior color aspect. Aggressive, even on the cutest of “soldiers”.

What we’re really interested is not in how the warrior looks but how hard it can hit. At this point the ABT Sportsline VW Beetle gets a little interesting. 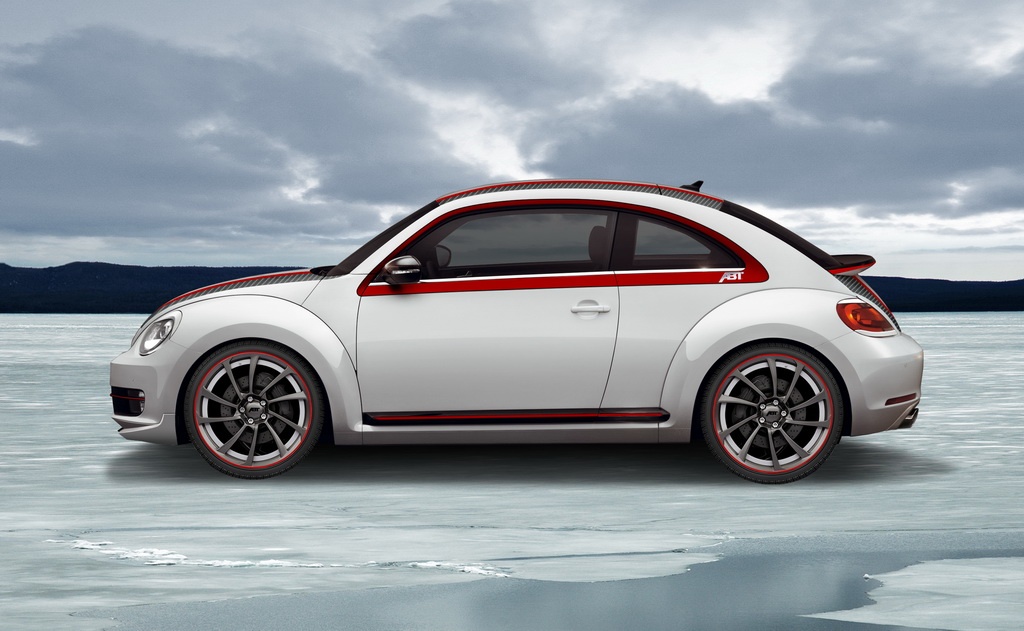 Starting with a base 2.0 liter turbocharged four cylinder engine, the German tuner gets it fiddled to the point where it develops no less than 240 horsepower.

The tuner didn’t wast too much time talking about the interior or handling changes so we’re suspecting them to be missing in action.

The only dynamic change for the way the newest Beetle goes around corners is to be found in the new alloy wheel and tire setup. 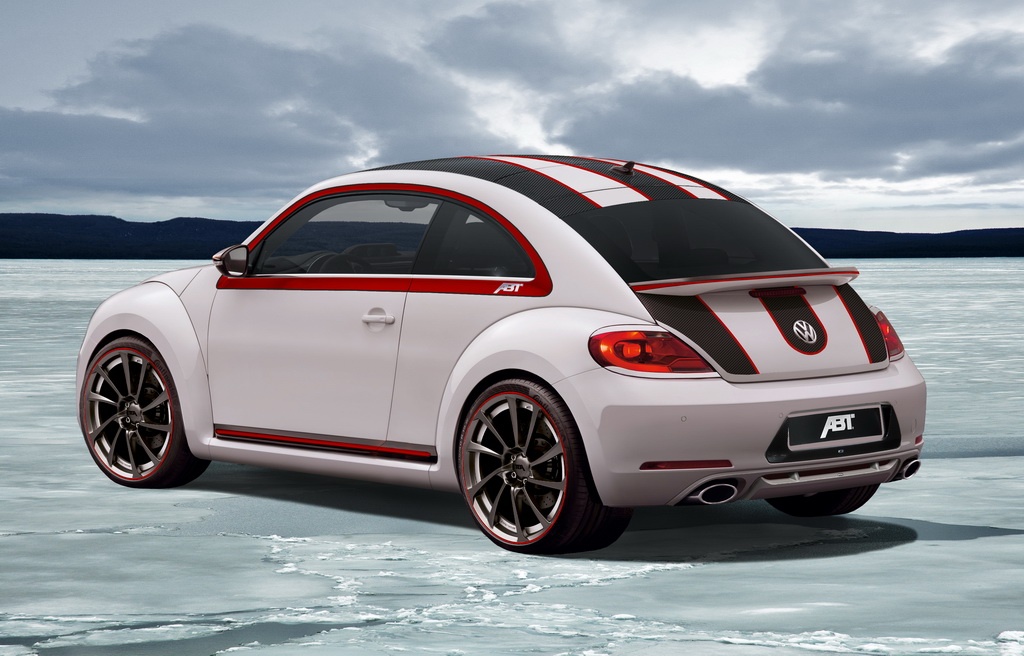 So it might not go round corners properly, who cares, the ABT Volkswagen Beetle looks stunning and it comes with the usual amenities of modern tuning times.

There’s a level of fit and finish that wouldn’t make even the most stringent manufacturer feel sorry and there’s a revised setup for those LED daytime running lights.