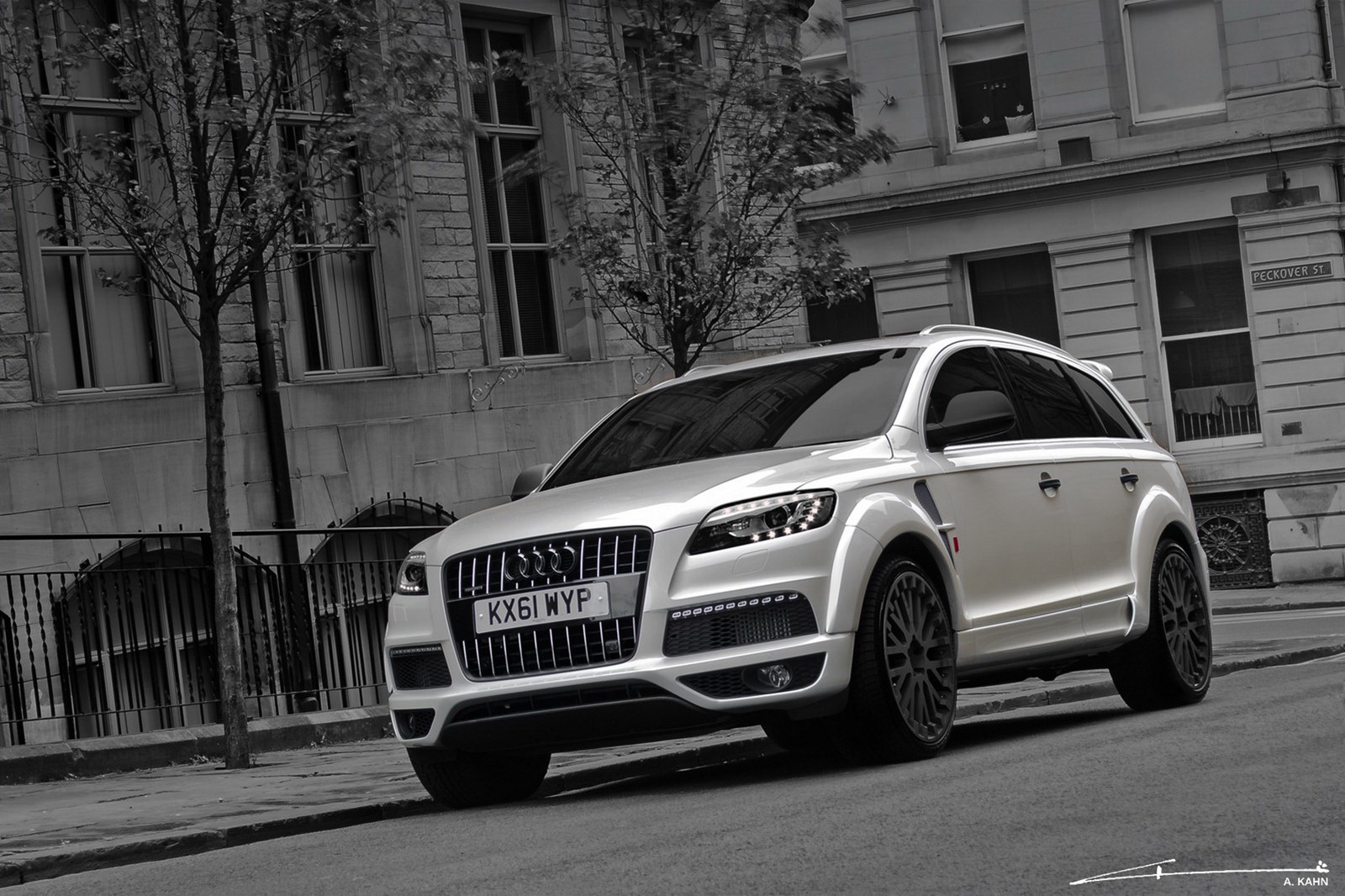 The British at Project Kahn usually have relatively simple way of creating new tuning kits but this time we’re in a bit of a spot of bother.

Their latest project isn’t the usual sort of good looking car with some sharpened details like they’ve gotten us used to.

Since it’s aimed at the Audi Q7, a less than good looking car to start with, and then gives it a wide body kit, a major modification, things are in uncharted territories.

Before we get to talking about the whole Project Kahn Tuning project I’d like to point out the engine they’ve chosen to work with is also of poor taste.

It’s Audi’s 3.0 liter TDI diesel V6, a pretty good engine but the entry level option in terms of what the SUV can leave the factory with. 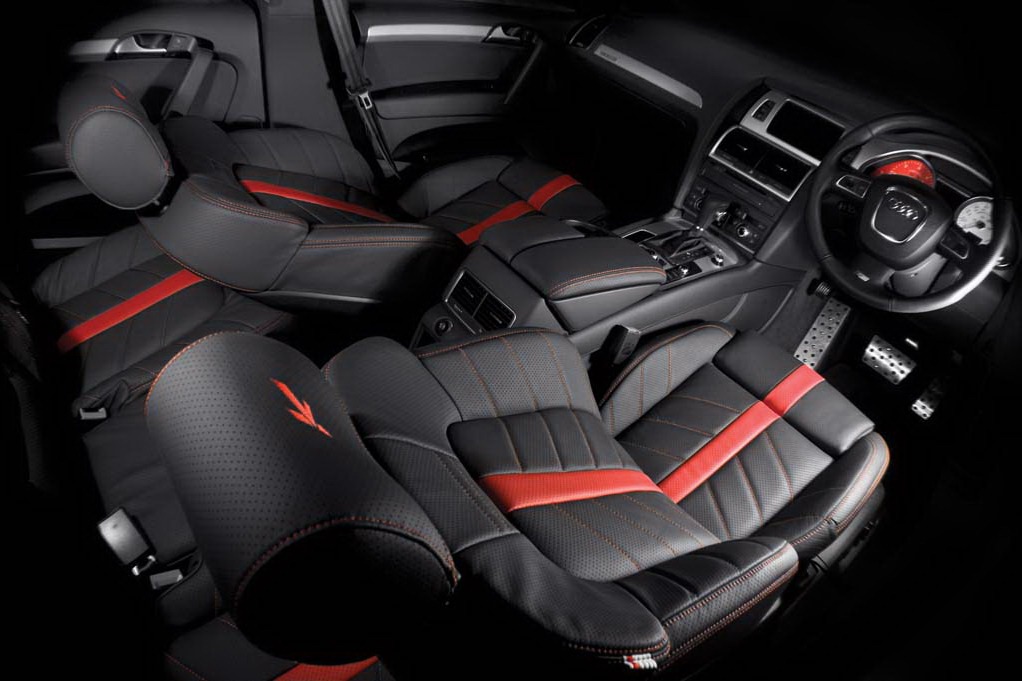 Since they haven’t done any tuning to it, the Project Kahn Audi Q7 produces the same 233 horsepower and 369 lb-ft of torque.

The exterior of the Project Kahn workover is revolved around a wide body kit of a minimalist effect. It doesn’t fully modify the fenders and so on but it does swell up the wheel arches.

Add in a set of 22 inch RSX alloy wheels with a gunmetal finish, a rear wing, a pearl white repainted exterior and new exhaust tips and you’re done with the outside. 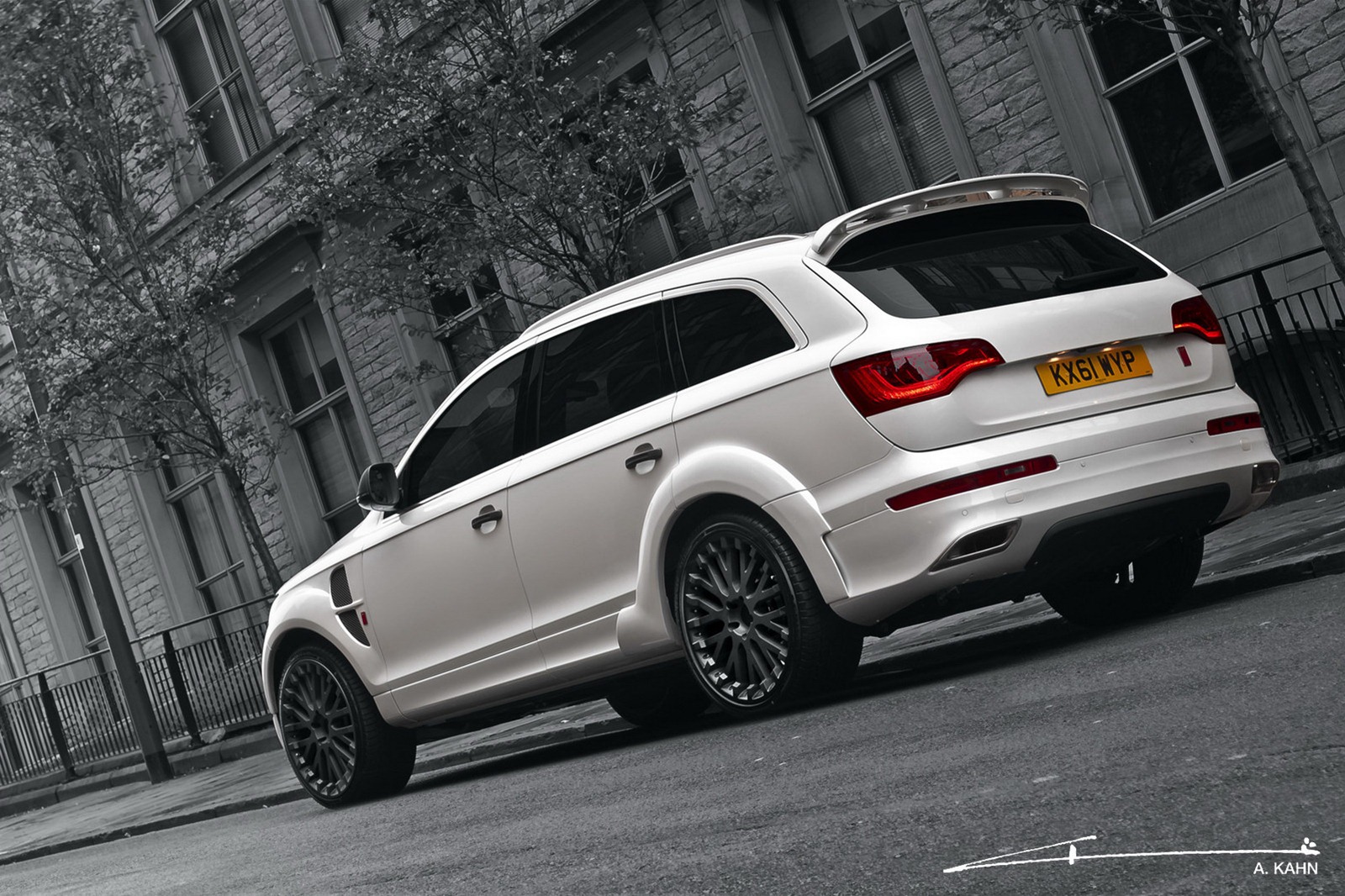 Inside however Project Kahn have kept most of Audi’s beautiful craftsmanship and only added in a bit of extra coloring work to it.

All of these are welcomed changes but when you find out that the whole package (including the car) comes in at around 97.500 USD.